One of today’s most promising boxing prospects, Ryan Garcia, apparently may have seen what his future would look like even at a young age of 22. In an interview with […]

Citing Spence Jr. Being Too Sluggish for Him, Pacquiao Now Wants to Seal the Deal with MacGregor

It looks like UFC superstar MacGregor is just one win away from signing for a crossover fight with boxing legend Manny Pacquiao. MacGregor is currently preparing for his rematch with […]

Ryan Garcia is a rising boxing star who has plenty of opportunities waiting for him. He is a promising young prospect who may one of these days, if circumstances favor […] 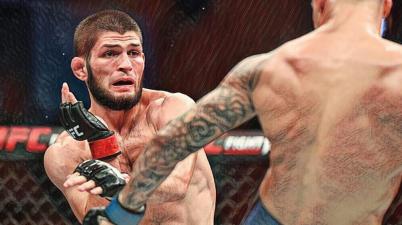 Khabib Was Offered $100 Million for A Boxing Match with Mayweather, Says Manager

Khabib Nurmagomedov’s manager Ali Abdelaziz has confirmed recently that a whopping $100 million was offered to Khabib for a boxing match with Mayweather. Prior to this confirmation by Abdelaziz, there […]

What Makes Manny Pacquiao A Great Boxer and An Inspiration to His Fellow Athletes?

Perhaps every athlete has that insatiable hunger within that drives him to become the best in his chosen field. But some athletes are simply exceptional, and yes, gifted. And here […]

Boxing legend Manny “Pacman” Pacquiao has been named the Greatest Boxer of the 21st Century by Give Me Sport. Pacquiao was slightly ahead of undefeated Floyd Mayweather, who ranked second […]

Pacquiao May Still Have Three More Fights Before Finally Retiring

Pacquiao has recently expressed his desire to fight either Crawford or Spence in 2021. Crawford has hinted, after his dominating win against Brook, that he is willing to face Pacquiao […] 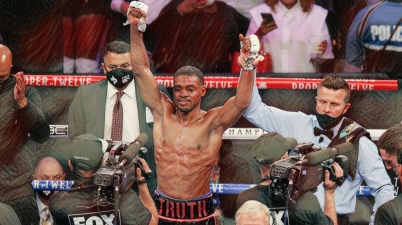 Who Is Next In Line for Errol Spence Jr. After His Dominating Win Over Danny Garcia?

It’s All Or Nothing for Danny Garcia When He Takes On Spence Jr. On December 5

Two-division world champion Danny “Swift” Garcia should be at his 100 percent best when he faces unified welterweight champion Errol Spence Jr. in the ring on December 5. Anything less […]

Is It About Time for Crawford to Part Ways With Arum’s Top Rank?

When we talk about Terrence Crawford, we are talking about one of Top Rank Promotions’ most important assets. Although he has yet to be tested against the top-rated champions in […]